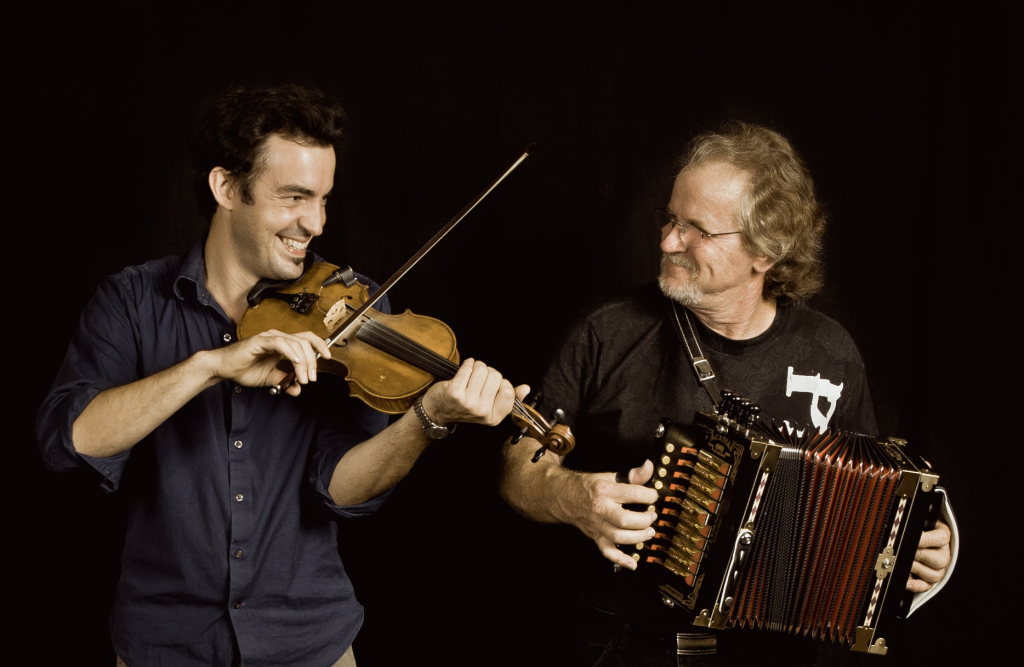 It’s gonna be a Cajun/Old-Time explosion with Jesse Lege, Joel Savoy and members of the Foghorn Stringband teaching two fiddle workshops (old-time and Cajun) and a jam party! We’ll even do a potluck!

Son of Cajun music royalty Marc and Ann, Joel Savoy is best described as an instigator. He has been at the forefront of the Louisiana music revival of the last 20 years and as a result he has become a highly visible figure in the American roots music community, helping to unite musicians and music fans around the world to solidify the future of traditional American music. The founder of the Louisiana-based label Valcour Records, Joel is a GRAMMY winner for his production work with The Band Courtbouillon and a nine-time GRAMMY nominee, as well as a two-time winner of the Cajun French Music Association’s Fiddler of the Year Award. Having grown up literally at the feet of the Cajun great he represents his culture with an authority that few people his age can and his playing leaves no doubt that Cajun music is still very much alive. He has worked and played with the best of the best in south Louisiana as well as folks like John Fogerty, Linda Ronstadt, Steve Earle, and T-Bone Burnett. Sharing the stage with Joel for the last 15 years is the legendary Cajun powerhouse, Jesse Lége. Growing up in a rural pre-electricity home in Gueydan, LA, Jesse spoke Cajun French and learned music from relatives, neighbors, and the family’s much-loved battery-powered radio. Today he is one of the most admired Cajun accordionists and vocalists in the world, known especially for his high, clear, “crying” vocals. Jesse has been playing traditional Cajun music and singing Cajun French songs for over 35 years performing with a variety of well-known musicians in various Louisiana and southeast Texas dancehalls. He is a winner of numerous CFMA awards: Traditional Band of the Year, Accordion Player of the Year, Male Vocalist of the Year, Band of the Year, and Song of the Year. In 1998 he was inducted into the Cajun Music Hall of Fame. Joining Joel and Jesse are two members of the old time powerhouse, The Foghorn Stringband, Sammy Lind and Nadine Landry. Their solid rhythm on the guitar and upright bass provide the perfect foundation for a rocking time on the dance floor and together they present a music that seems to embody all of the things that make life wonderful.