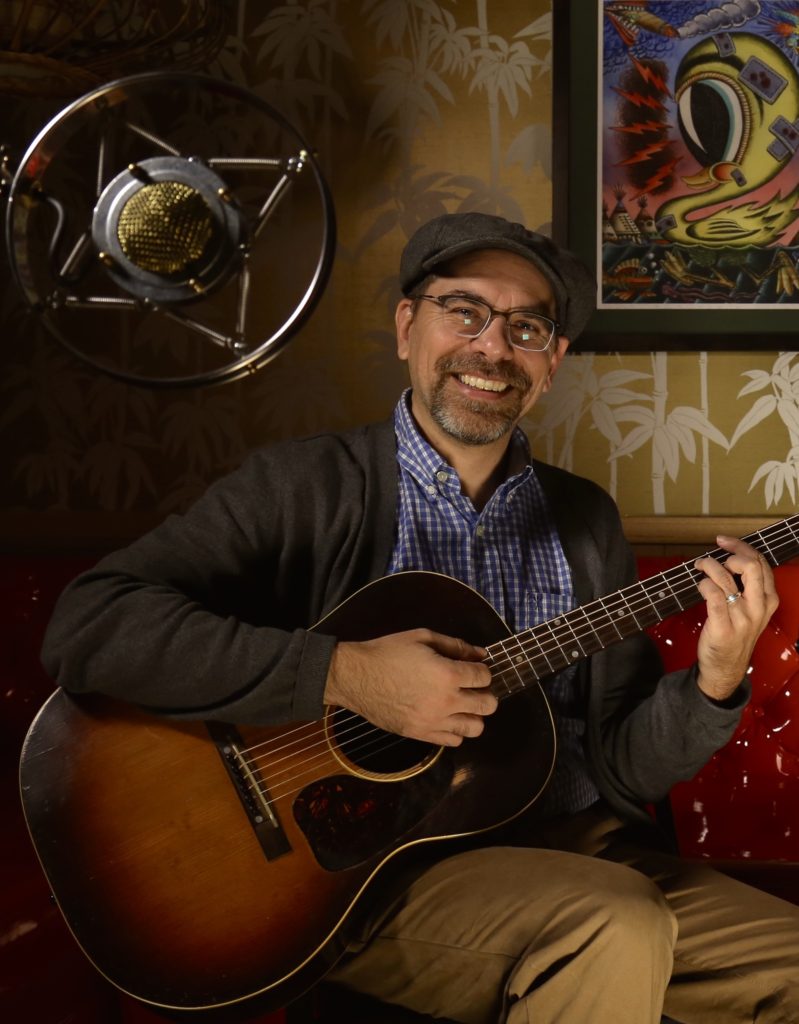 We are so proud to have Howard Rains on the team. It’s a strong belief of ours that all of our contributors are steeped in the traditions of old-time music or folk art. Howard covers both territories! He and his wife Tricia Spencer have also recently released the critically acclaimed DVD & CD Set “The Spotted Pony” through Tiki Parlour Recordings!

Howard Rains is an artist and fiddler from Texas now residing in Lawrence, Kansas whose artwork and graphic design have been brought in to the Tiki Parlour fold. As much known for his fiddling as his painting, the New York Times has called Howard “an authority on old Texas-style fiddling.” Having worked as a graphic designer for many years, Howard now travels, performs, teaches, and records with his wife and art and music collaborator, Tricia Spencer.

As an artist, Howard Rains, for the most part, paints portraits and still lifes in watercolor and he is known largely for his portraits of old time musicians. The drawings are always done from life while sitting across from master musicians–listening and learning from them. Howard’s goals in painting and music are very much in line with those of the Tiki Parlour, to document and preserve our rich, living community of traditional music. www.HowardRains.com