Paul Brown practices an art of deceptive understatement. He’s never in a hurry, because he’s
already there. He has spent his entire life steeped in what is usually called old-time music, and
none of it was lost on him. This set gives you something rare and precious – Paul by himself,
serving it up, straight, no chaser. There are no frills, no light shows, no sales pitches, stated or
implied. The fireworks are all inside the music. His fiddle playing is an anthology of sly,
constantly shifting sleights of hand and mind. His banjo playing – both finger style and
clawhammer (he switches back and forth in “Round-Town Gals,” here) – is more understated
and, if anything, even more deceptively compelling. Sophisticated, precise, and elegant, it is also
intensely rhythmic and propulsive. This set is a close-up magic show. If it were a card game he
would have all your money by the end of it. Instead, you will leave richer than when you entered.
Sit down and tune in; the more you listen, the more you’ll hear. It’s the understatement of the
year.    — Tom Piazza

A musician since childhood, Paul Brown spent years collecting and documenting traditional music in southwestern Virginia and northwest North Carolina, particularly the stunningly rich traditions around Mount Airy in the region known as Round Peak. As a performer, a record producer, and a radio host—formerly of Mount Airy’s famous hometown station, WPAQ, and now reaching a national audience as a newscaster and reporter for National Public Radio’s Morning Edition—Paul Brown has introduced millions to the special world of Round Peak music, and helped to ensure its preservation and vitality for future generations.

Paul started picking banjo on a new Sears Silvertone when he was ten. He developed his own two- and three-finger styles, and also learned the clawhammer style. His interest, and his discovery of the Clawhammer Banjoalbums, inspired him to make frequent trips to visit as many of the older players as he could. He has visited and played music with a number of the older artists in the Southern Appalachian region.

Paul spent years learning music directly from some of the last fiddle, banjo, and guitar players to emerge before the age of radio and recordings, including Tommy Jarrell, Gilmer Woodruff, Fields Ward, Robert Sykes, Luther Davis, Verlen Clifton, and Paul Sutphin. Paul studied banjo intensively with Tommy Jarrell, and he learned much from the playing of Wade Ward. He spent considerable time with Wade’s nephew, Fields, a fine guitarist, banjo player and singer. He also played in the Smokey Valley Boys with Benton Flippen, Verlen Clifton, and Paul Sutphin. When Paul Sutphin died, Paul Brown wrote about how Sutphin influenced the musicians: “More than anything else, he would infuse the performance with focused energy, intensity and happiness that drove the rest of us to play harder and better than we thought we could.”

Paul has recorded with many of his friends including Bruce Molsky, Mike Seeger, and Tara Nevins. His most recent recordings are Way Down In North Carolina with Mike Seeger, Benton Flippen: Old Time, New Times, and Blue Ridge Mountain Holiday: The Breaking Up Christmas Story. His most recent recording, Red Clay County, features Paul’s banjo playing, fiddling, and singing, and it has received a rave review from The Old-Time Herald magazine. 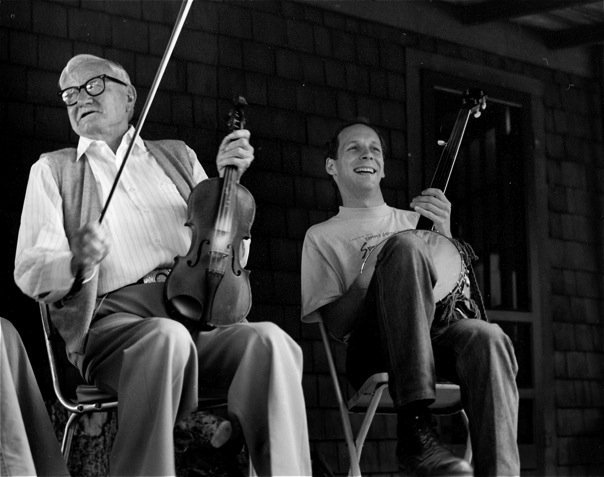