The Old Time Tiki Parlour is proud to welcome Hog-Eyed Man to the family with an exciting new release of top-shelf old time music. Fiddler Jason Cade, a western North Carolina native, and Athens, GA multi-instrumentalist Rob McMaken form the core of the band. After receiving well-deserved acclaim for their first three Hog-eyed Man recordings, Jason took first place in the prestigious fiddle contest at the Appalachian String Band Festival in Clifftop, WV. On Old World Music of the Southern Appalachians, the duo’s first album for our label, Jason and Rob are joined by Tom Baker on fingerpicked and clawhammer banjo as well as the rock-solid rhythm section of Nancy and Charlie Hartness on guitar and ukulele. Legendary singer and banjoist Art Rosenbaum also makes a memorable guest appearance on a few tracks.

Recorded entirely live around two ribbon microphones, this album transports the listener to an intimate kitchen session, where the musicians comfortably settle in on twenty lesser-known gems mined from deep Appalachia. Drawing primarily on the archaic fiddling traditions of eastern KY and western NC, the nuanced and powerful performances essentially re-envision southern old-time tunes as if radio, the folk revival, and bluegrass never happened but the music instead continued to organically develop along some alternate path. Many of the tunes on the album tap connections to the traditional music of Ireland, Scotland and England, while other pieces are associated with Native American fiddlers and history.

Throughout, Jason and Rob manage to let their own voices emerge as authentic interpreters of the tradition while remaining true to the wild, lyrical, and unvarnished aesthetics of the source fiddlers who they revere. The result is a captivating album of deep-vein Americana—gritty, emotionally rich, and timeless. The vivid recording quality combines with the thoughtfully interwoven strands of almost-lost musical sensibilities to give Old World Music of the Southern Appalachians a rustic-yet-refined sound like no other. This album is destined to become a classic!

The CD is available as of Nov. 2, 2018. While you’re there, be sure to check out the in-the round virtual reality videos of Hog-Eyed Man playing some of the tunes from Old World Music of the Southern Appalachians! 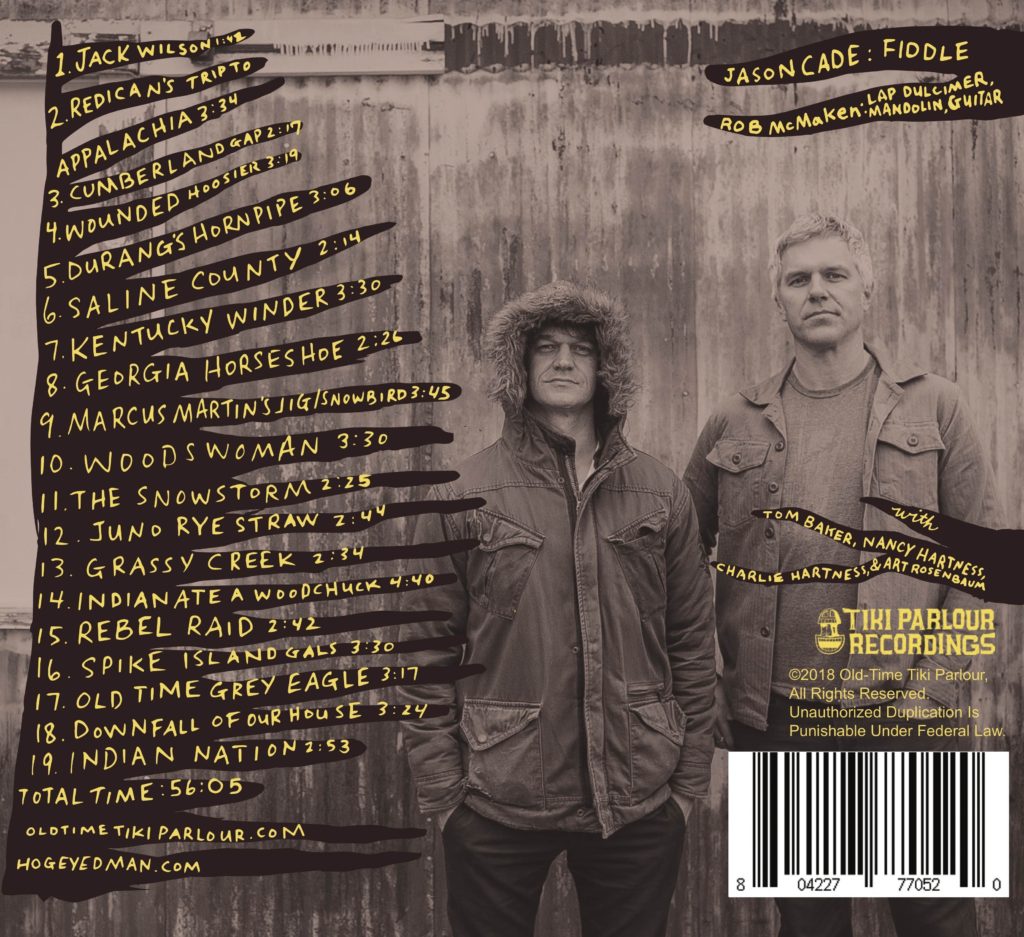