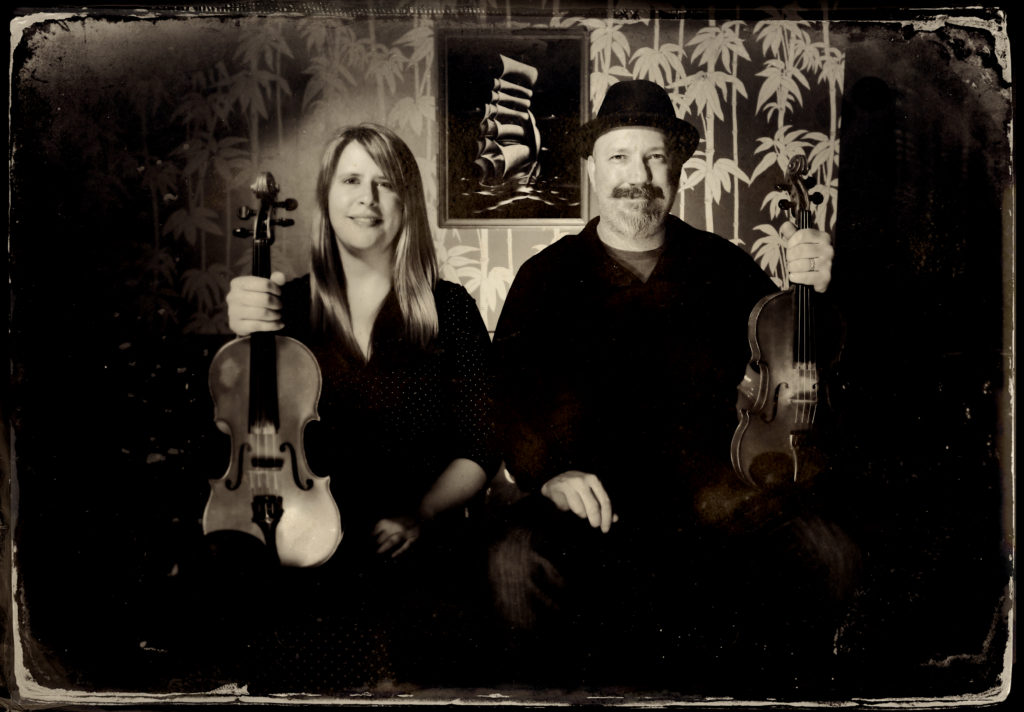 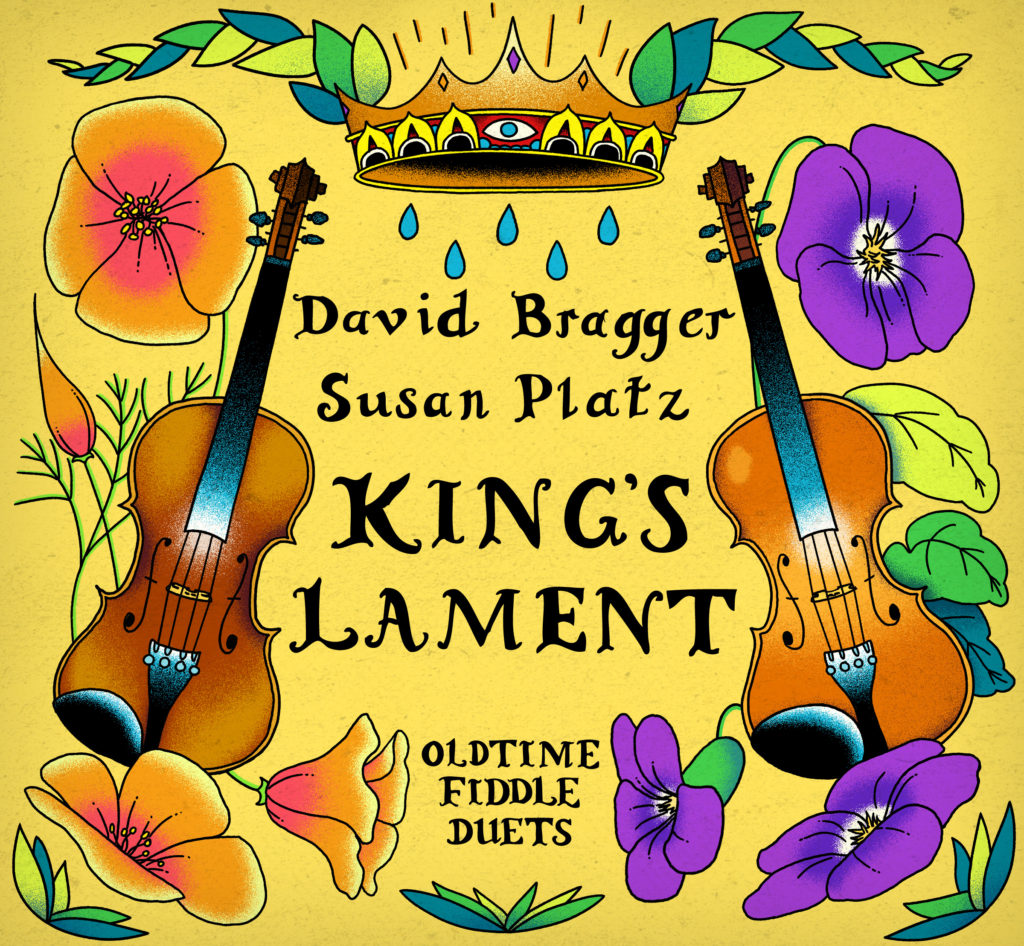 In only the last few years, traditional fiddler and banjoist David Bragger has become an ubiquitous figure in traditional American folk music. He is a musician, documentarian, UCLA ensemble director, 78rpm record collector, musical festival director and co-founder of the independent folk label Tiki Parlour Recordings. Having learned the “old-time” art of fiddling directly from two generations of traditional masters, David has been passing down these archaic musical secrets and sounds to fiddlers and violinists worldwide. His critically-acclaimed debut CD Big Fancy instantly put him on the traditional music map and paved the way for his groundbreaking sophomore release. In 2018, he and fiddler Susan Platz released the very first American old-time fiddle duet CD ever recorded: King’s Lament–Old-Time Fiddle Duets.

Susan Platz, originally from Illinois, has been singing and playing the violin all her life. She holds a degree in music from Lawrence University where she focused on early Baroque opera and Renaissance choral music. After dabbling in various folk traditions, she discovered old-time fiddle at one of David Bragger’s workshops and, having never experienced this beautiful, haunting, powerful, earthy music before, became immediately obsessed and never looked back. Susan has pronounced herself a “lifer” student of David’s, and was invited by her mentor to join his acclaimed Los Angeles-based old-time string band Sausage Grinder. Susan is a two-time winner of the Santa Barbara Old Time Fiddlers’ Convention and is in her seventh year as a Director’s Assistant in the UCLA Old-Time String Band Ensemble. She is also a powerful singer known to yodel on occasion. Susan and David collaborated to release the first-ever old-time fiddle duet album, King’s Lament. Having forged a powerhouse old-time duo with David, she has been invited to teach and perform fiddle duets across the US and abroad. 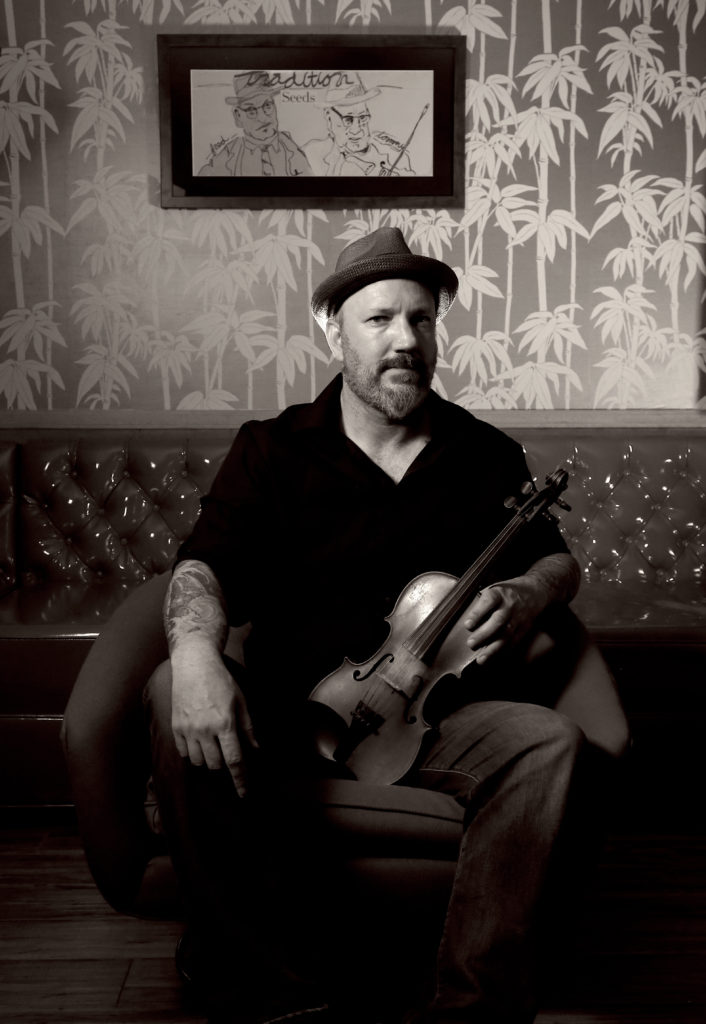 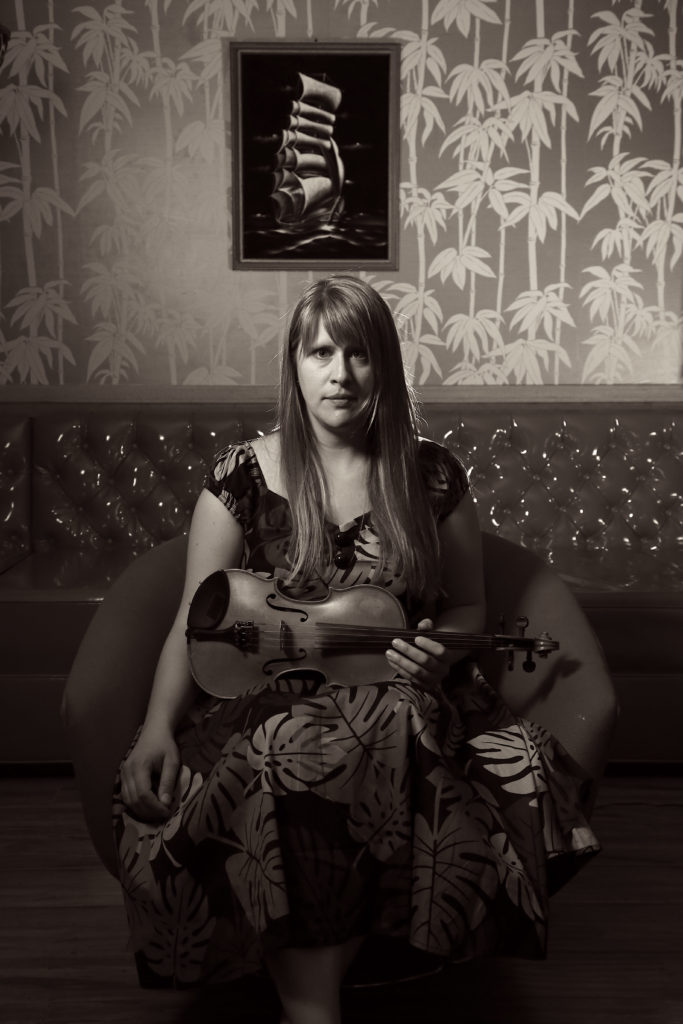